If you’re seeking diagnosis or treatment for pterygium or pinguecula (fleshy growths on the surface of the eyeball), Dr. Paul can help. As a renowned ophthalmologist in Austin, Texas, he will remove the growth for you and discuss the best options for future treatment.

What are pterygium and pinguecula?

Pterygia and pingueculae are both growths that occur on the surface of the eye, and are most likely caused by long-term exposure to sunlight and/or dusty conditions. Pinguecula occurs first, and can develop into pterygium. Pinguecula manifests as a raised part of the connective tissue on the inside of the eye. It can turn into pterygium because of several factors. Pterygium is an inflammatory process and a degenerative, progressive disease and appears on the front part of the eyeball. It is a tissue that grows from the inside of the eye, across the cornea and is characterized by a growth of pink, fleshy tissue on the white of the eye. Because this condition often affects surfers, it is also known as “surfer’s eye” or “farmer’s eye”. However, it can affect anyone—even children who don’t wear sunglasses outside.

Pterygium is a non-cancerous lesion that usually grows slowly throughout life. It may even stop growing after a certain point. In advanced cases, a pterygium can continue growing until it covers the pupil of the eye and interferes with vision. A pterygium may affect one or both eyes. When it affects both eyes, it is called a bilateral pterygium. Pterygium is usually not a serious condition, but it can cause annoying symptoms such as the feeling of having a foreign body in the eye. Sometimes the growth becomes red and irritated and requires medical treatment.

A pinguecula is a yellowish patch or bump on the conjunctiva, near the cornea. It most often appears on the side of the eye closest to the nose. It’s a change in the normal tissue that results in a deposit of protein, fat, and/or calcium. It is similar to a callus on the skin. Pinguecula has the same risk factors as pterygium, especially frequent exposure to the sun without sunglasses. Because pinguecula may prevent tears from coating the surface of your eye well, it can cause dryness or a feeling like something’s stuck in your eye. The pinguecula can also become red.

What is Pterygium and Removal? 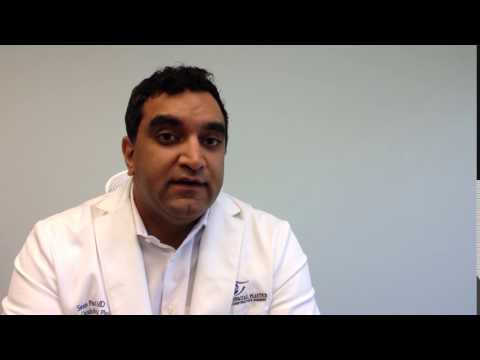 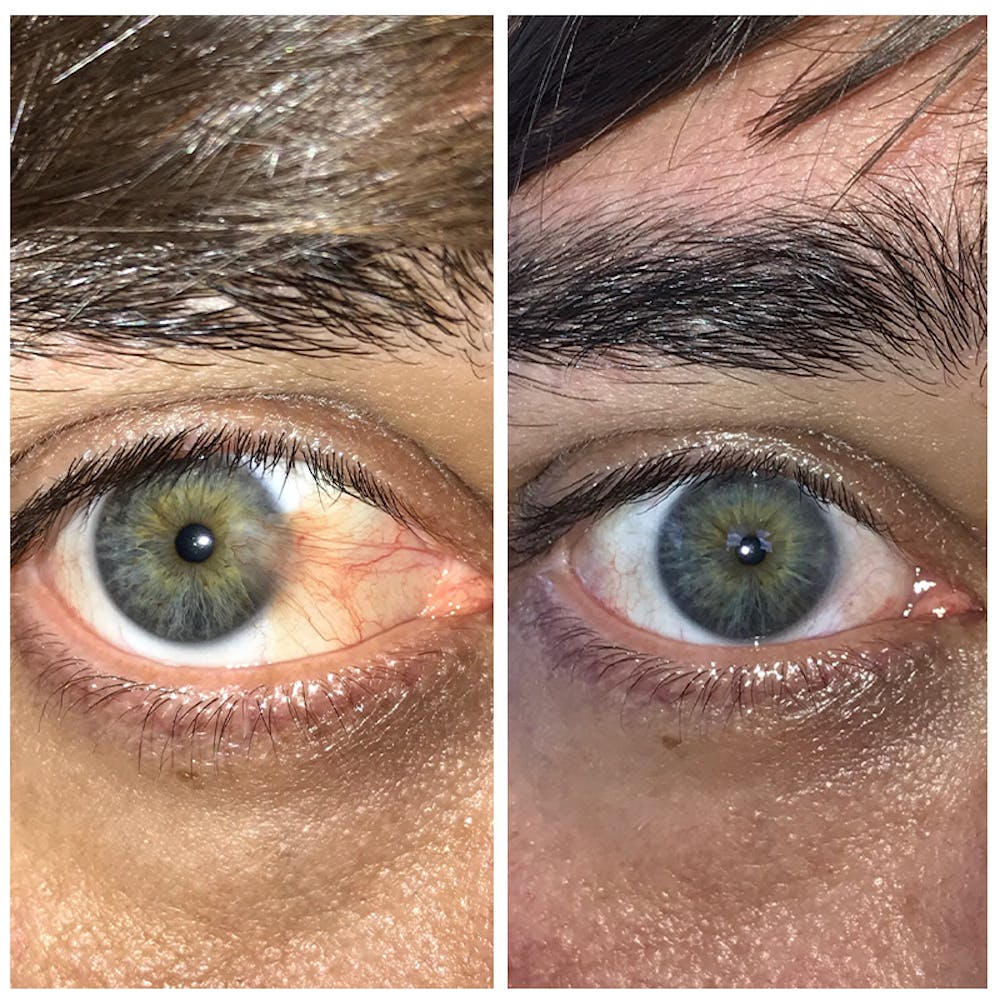 Symptoms of pterygium and pinguecula

Pingueculae and pterygia share a few similarities, but there are also notable differences between these two conditions. Pingueculae and pterygia are both benign and grow near the cornea. They’re both linked to exposure to the sun, wind, and other harsh elements. However, pterygia don’t look like pingueculae. Pterygia have a flesh-colored appearance and are round, oval, or elongated. Pterygia are more likely to grow over the cornea than pingueculae. A pinguecula that grows onto the cornea is known as a pterygium. Symptoms may include burning, itching, a gritty feeling or a sensation of a foreign body in the eye, and/or blurred vision.

What causes pterygium and pinguecula?

Pterygium can develop in anyone who lives in a sunny climate. It’s most often seen in young adults between the ages of 20 to 40, and appears to be more common in men than in women. Most experts believe that significant risk factors include:

Pterygium is often preceded by a related non-cancerous condition called pinguecula. This is a yellowish patch or bump on the conjunctiva near the cornea. The conjunctiva is the thin, moist membrane on the surface of the eye. Dr. Paul can diagnose pterygium and pinguecula through an examination using a slit-lamp. This device allows him to closely examine the eye’s cornea, iris, lens, and the space between the iris and cornea. It also allows him to closely examine the eye in small sections, making it easier to see abnormalities.

Pterygium generally don’t require treatment until symptoms are severe enough. When they become red and irritated, lubricating eyedrops or ointments or possibly a mild steroid eye drop may be used to help reduce inflammation. These growths can potentially become large enough to threaten sight or cause persistent discomfort.

If this happens, they can be removed surgically by Dr. Paul in an outpatient procedure. They are also sometimes removed for cosmetic reasons, and the treatment may be performed at any of our convenient offices in Austin, New Braunfels, Westlake, Lakeway, and Dripping Springs. For milder pterygia, a topical anesthetic can be used before surgery to numb the eye’s surface. Your eyelids will be kept open while the pterygium is surgically removed.

After the procedure (which usually lasts no longer than an hour depending on the type of surgery performed), you likely will need to wear an eye patch for protection for a day or two. You should be able to return to work or normal activities the next day. Please note that pterygium removal can sometimes cause astigmatism or worsen the condition in people who already have a refractive error. After removal of the pterygium, steroid eye drops may be prescribed for several weeks to decrease swelling and prevent re-growth.

What happens in pinguecula surgery?

Because a pinguecula will not grow across your cornea in the same way that a pterygium will grow, surgery is rarely used to remove a pinguecula. However, if the pinguecula becomes a pterygium or grows very large and is not responding to eye drops, Dr. Paul will be able to perform a simple surgical procedure to remove it.

As with most conditions, prevention is better than cure. You can help prevent a pterygium or pinguecula by wearing sunglasses and hats outdoors. Individuals who spend a lot of time in water or snow should be especially careful to protect their eyes from direct sunlight. Protecting your eyes against UV light can also help to limit the progression of growths after you have been diagnosed.

Schedule a consultation with us

If you’re interested in seeing Dr. Paul for diagnosis or treatment of pterygium or pinguecula, please schedule a consultation with us. As a highly experience and skilled ophthalmologist in Austin, Texas, Dr. Paul will be happy to answer your questions and help in every way possible. For a consultation, please call 512-559-3544 or contact us online.