Botox® and Dysport® are both neurotoxin treatments that are used to treat muscle stiffness, muscle spasms, prevent chronic migraine headaches, and most commonly, to improve the appearance of wrinkles on the face. We are happy to offer these two highly effective treatments to patients in the Austin area who want to improve the way they look and feel.

What is Botox and Dysport?

Botox and Dysport are both popular injectable treatments that give the skin a smoother, more refreshed appearance. They are both highly purified botulinum toxins that can temporarily erase or reduce horizontal forehead lines, vertical frown lines, and crow’s feet by blocking the nerve impulses, temporarily paralyzing the muscles that cause wrinkles to contract hundreds of times a day and cause etching lines in the skin. Botox and Dysport can also lift the corners of the mouth that sag with age, smooth out the “pin cushion” look in some chins, soften smoker’s lines around the mouth, and soften vertical lines in the neck.

Smiling, frowning, squinting, and even chewing—basically any facial movement—can eventually lead to one of the most common signs of aging: wrinkles. They can make you appear tired or angry when you aren’t. This is why Botox and Dysport are so popular.

They soften and smooth these creases, lines, and wrinkles, providing a more youthful and pleasant appearance. Botox and Dysport can also be combined with other cosmetic skin procedures such as chemical peels, dermal fillers, or microdermabrasion to further improve their results. This combination of therapies can even help to prevent the formation of new lines and wrinkles.

Botox & Dysport Before & After

What to expect during treatment

Like any injections, you will feel some sensation when Botox and Dysport are administered, especially between the eyebrows. We are always happy to offer topical anesthesia before the procedure to ensure the highest level of comfort for you at all times. Botox and Dysport should not affect the nerves that cause sensation or make you feel numb. When they are used correctly, the treatments can lift the brow to give an appealing and sincere look.

That’s why it’s important to be treated by an experienced plastic surgeon who can judge the size of your muscles, and how much Botox or Dysport you will need. Botox and Dysport treatments are quick and convenient. They can be done over a lunch break, typically take no more than 30 minutes, and can be done in our office.

How long does it take to see results?

For Dysport, results begin to show in a couple of days and develop gradually over the course of two weeks. Botox can take up to two weeks for the results to become apparent. We recommend that anyone preparing for a big event have their treatment done two weeks ahead of time. Also note that if you are taking blood-thinning medications that contain aspirin or NSAIDs, you may develop some bruising at the injection site. You can wear makeup immediately after treatment, but should avoid heavy lifting for at least 24 hours. Botox and Dysport tend to last three to five months. Some individuals with increased metabolisms may “soak it up” more quickly, requiring touch-ups every two months. 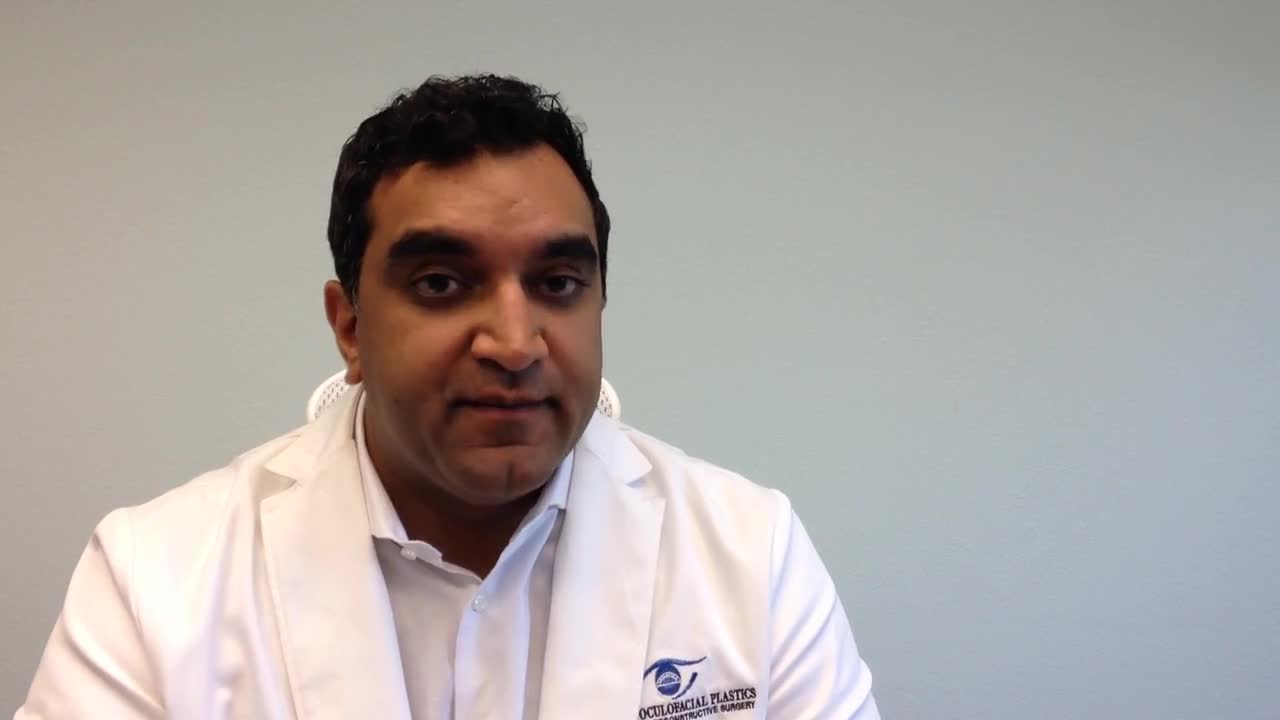 Am I a candidate?

If you're looking for Botox or Dysport treatments in Austin, you may be a great candidate. The ideal patient is 18 to 65 years old and is exhibiting lines on the smooth part of your forehead above and between the brows (the glabella). Botox is contraindicated if the patient exhibits an infection at the proposed injection site(s) and or has a known hypersensitivity to any botulinum toxin preparation, or to any of the components in the formulation. Do not get Botox if you are allergic to any of the ingredients, or if you have experienced an allergic reaction to another product containing botulinum toxin. Candidates should also know that Botox and Dysport will not correct all types of skin problems. Your skin thickness, type, and the degree of wrinkling all play a role in how effective these treatments are.

Are there side effects?

Every drug has side effects, and Botox and Dysport are no exception. Luckily, any side effects from these treatments tend to be minor and short-lived. In one to five percent of cases, there can be mild droopiness of the eyelid or eyebrow, which usually goes away within two weeks, and some patients experience slight bruising.

Differences between Botox and Dysport

Most of the time, no one can tell Botox and Dysport results apart. Ultimately, it’s far more important who is injecting your Botox or Dysport, rather than which of the two you use. The injection technique is more important than which product is injected, and no detail is overlooked at Austin Face & Body. A cosmetic consultation with Dr. Paul will help you choose which wrinkle-removing injectable is best for you and your unique needs.

Excessive sweating: Botox is a treatment option for excessive sweating (hyperhidrosis). It works by blocking signals the brain sends to sweat glands. Botox injections are administered in affected areas such as the armpits, hands, feet, or face. Results can last up to eight months.

MS and muscle spasms: Botox can be used to decrease spasticity related to multiple sclerosis and other neurological conditions, and may help stop muscles contracting or twitching.

Bell’s palsy: Bell’s palsy causes the drooping of the side the face because of nerve problems. The effect usually goes away after some months; however, Botox injections may be used in long-term Bell’s palsy patients to relax muscles that have become tight or to help reduce unwanted muscle movements or twitching.

Squint: With a squint, also known as strabismus or crossed eyes, the eyes don’t look towards an object together. Botox may be injected into one of the eye muscles as a treatment option, usually if a squint develops rapidly without an obvious cause. The injection weakens the injected muscle for a period of time, which lets the eyes re-align themselves.

Eye twitching: Eye twitching is a repetitive, uncontrollable blinking or spasm of (usually) the upper eyelid. One common treatment for a type of eye twitch called benign essential blepharospasm is botulinum toxin injection. The treatment may relieve spasms for several months.

After your Botox or Dysport treatment, you may resume normal activities immediately. Do not rub or massage the treated areas, because it can cause the Botox or Dysport to migrate to another area of your face. If this happens, you could have temporary facial weakness or drooping. Although generally safe, botulinum toxin side effects and complications can include bruising and/or pain at the injection site; redness; headache; flu-like symptoms; nausea, and temporary facial weakness or drooping. Very rarely, the toxin can spread beyond the treatment area, which can cause botulism-like signs and symptoms such as breathing problems, trouble swallowing, muscle weakness, and slurred speech.

Schedule a consultation with us

If you’re considering an Austin Botox or Dysport treatment, please contact us at Austin Face & Body. As an aesthetic plastic surgery practice, improving the signs of aging is one of our areas of expertise. We bring together top surgeons and innovators from all over the country to get the most effective results while also providing the highest level of patient care. You will receive warm and professional service, attention to detail, outstanding communication, and incredible results. To learn more or to schedule an appointment, please call 512-559-3544 or contact us online.